Firstly thank you for your support again this season just completed it is a GREAT help to our team.

Last Saturday night Wingless Sprints of SA held our presentation night which was a great success.

I finished 4th in the track championship at Speedway City which is the most visited track of the season, and also the local track here in Adelaide.

After sitting 5th earlier in the season, and the chance to finish a possible 3rd or 4th in the statewide series, after dropping to 7th heading into easter weekend I end up 9th in points overall after having a motor let go on the first night of a 3 race weekend and this was also where our season ended abruptly unfortunately.  This happened (we think) as a result of a big crash at the state title the race meeting prior, with no chance to see if we fixed our knocking niose which we thought was drive line, before easter weekend.

With 2 meetings still to go at Murray Bridge after losing the motor I was also in 4th place in their track championship but dropped down as a result of not racing those last two meetings.

All in all we had a very good season with a few good heat race wins and 2 final podiums overall.

Unfortunately I received the “Hard Luck” award at our presentation and that was due to missing out on possibly a top three in the state series.

Thank you for your support the past two years and I hope we could look at carry on with your support in the future. 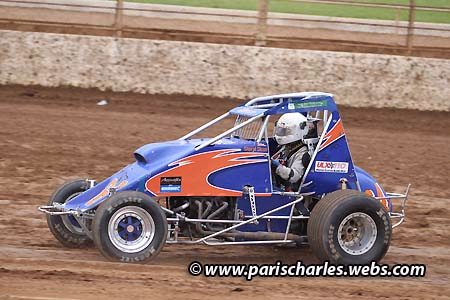